Sue had arranged to get a couple of days off so we thought a short trip was in order. We had been watching an old Caravan Channel a few days earlier and they had featured Stanmore Hall… or mentioned it… or someone had, I can’t actually remember now! Anyhoo, they had pitches available, and we both wanted to do either Iron Bridge or the Seven Valley Railway, plus it was handy for some friends to drop in and see us. We actually had nothing planned when we arrived on Thursday due to the vagaries of the British weather and were just going to “wing it” between showers. END_OF_DOCUMENT_TOKEN_TO_BE_REPLACED 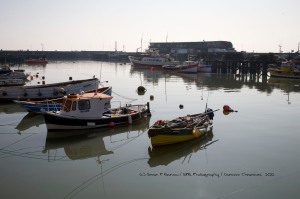 We have just got back from a three day break at the Caravan Club’s site in Bridlington, which, unusually for us was blessed with the warmest March weather for decades. Now Bridlington is not somewhere that would have sprung to mind for a destination, but there was an ulterior motive… we had been invited on a tour of the Swift Factory. The caravan had been given a bit of spit and polish the previous weekend so was looking like it had just arrived from the factory… apart from one thing, the Swift logo had fallen off the wheel centre on one side. Luckily I spotted it as I was removing the Al-Ko wheel lock before setting off so have put it in my caravan tool box to give it a course of looking at when we get back. END_OF_DOCUMENT_TOKEN_TO_BE_REPLACED 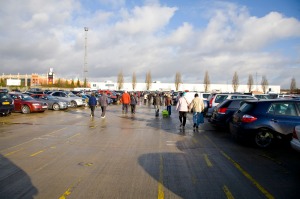 Well Sue and I made our first visit to the Caravan and Mortorhome Exhibition to-day. It was in fact our first visit to any caravan type exhibition, so we didn’t know what to expect. We only live a few miles outside Manchester and knew when we were on the M60 at 10:45 this morning it was going to be busy.  There were already delays three junctions away. However, we are made of sterner stuff in Manchester and we pressed on. We eventually arrived and parked in one of the Trafford Centre car parks, a short walk… no more than five minutes from the ‘Event City’ halls. The queue to get in only took about 10 minutes and I think the delay was due to the fact everyone was in the same queue… if they had split off everyone that had pre bought their tickets it would have been a little quicker. Once inside… it was warm! top tip – wear light layers and take some water! END_OF_DOCUMENT_TOKEN_TO_BE_REPLACED