Sue had arranged to get a couple of days off so we thought a short trip was in order. We had been watching an old Caravan Channel a few days earlier and they had featured Stanmore Hall… or mentioned it… or someone had, I can’t actually remember now! Anyhoo, they had pitches available, and we both wanted to do either Iron Bridge or the Seven Valley Railway, plus it was handy for some friends to drop in and see us. We actually had nothing planned when we arrived on Thursday due to the vagaries of the British weather and were just going to “wing it” between showers.

Stanmore Hall is located about 4 miles east of Bridgnorth in Shropshire and is part of the Morris Leisure chain. It’s Caravan Club listed and members get a discount on production of their membership card. When I booked the site I could not remember booking a super pitch, but we found ourselves on one which was really handy as I could test out my super pitch waste plumbing. The gravel pitches were a bit on the tight side I thought. We only had a pull out sun awning and the car and we used every inch of the pitch.

For anyone with a full Barnham Brothers size awning and three hundred feet of wind break to erect, it might be a bit of a squeeze. The usual 16 amp, tap, TV point were on a bollard behind the van (a 10 metre long EHU lead will do) and the drain was located at the edge of the pitch for your waste plumbing to link to. We didn’t bother with the TV point… this was the first time I’d seen all the green lights on the signal strength meter come on and the Avtex TV quite easily found over 40 channels.

The downside was the only WiFi available was the sites own and the signal strength for either Orange or Vodafone was bit dodgy…. If Sue sneezed, I lost connection. On the whole, the site was clean and tidy and if a bit well worn in places was nice and quiet. Even its famous resident was quiet… although it would seem that the geese and ducks were practicing hard for a formation fly past.

Friday and the Severn Valley Railway

We caught up with the weather forecast on Thursday night and it looked like Friday was going to be cloudy but dry. This seemed like the best day to take a trip on the Severn Valley Railway. We had picked up a leaflet from the information centre at the site and decided to take the train to Kidderminster, have a cup of coffee and then on the return journey stop at Highley and visit the Engine House for a look round and lunch. Being a Friday, we thought it would be quiet however, there were over one hundred “evacuees” that needed to be transported from Bridgenorth to Highley. The journey however was not without incident. At Hampton Loade an unsavoury character who was travelling on the train in the same carriage as the evacuees had to be ejected from the train for traveling without a valid ticket and was also suspected of being intoxicated. 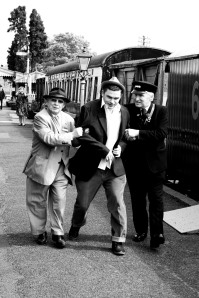 The man was later handed over to police and was also questioned as to why he was not carrying his  identity card and also did not have a gas mask.

SVR have two 1940’s weekends coming up soon if you would like to experience it, check out their website for details… http://www.svr.co.uk/

Friday evening was just about warm enough to deploy the Cadac for a bit of outdoor culinary cuisine. We had not had chance to go shopping for local produce, but we did have some

bits and pieces we had brought with us. So firing up the Cadac, the “One Hairy Caravanner” (see 3 Days in Bridlington) soon had the smell of chicken & chorizo with jersey potatoes wafting across the campsite. It was also the first time I’d used a teflon sheet on the Cadac, and it was well worth the few pounds it cost, cleaning up was even easier.

We had earmarked Saturday morning for a trip into Bridgnorth for a look round, morning coffee and a spot of shopping. Parking in Bridgnorth is a bit of a challenge, especially on Saturday morning as one of the car parks is closed to allow a collection of stalls…. or “market”. We ended up parking on Sainsbury’s “cash and flash” car park. Having obtained an excellent little map of all the shops and streets they were on Sue had spotted “Ye Olde Terrace Sweet Shop” near the top of the cliff railway on Waterloo Terrace at the end of Cartway. After stocking up on Coltsfoot Rock and Cough Candy – unfortunately they didn’t have any of the soft wine gums for Sue, we headed back round the corner to Bridgnorth Delicatessen on High Street where we stocked upon a selection of olives, garlic in olive oil and cheese’s of which they have a stunning variety. It was about this time the mid morning nibbles set in and a breakfast panini and coffee were required. Heading across the road to Costa Coffee should sort this craving out.

Something that really hacks me off is going into somewhere like Costa Coffee and looking round seeing all the tables occupied… mainly be people who haven’t bought anything as they are table hogging while someone else is queueing. We stood in the queue for about five minutes, looking round for signs of movement from anyone sat at a table. They were determined no one else was going to invade their table… bags were strategically positioned on some chairs, coats draped across others. I was half expecting to see someone roll out the striped PVC barrier tape “Table Hogger Line – Do Not Cross“. We left.

A little further up the High Street is a small ally and down that ally is a tiny cafe… a traditional cafe owned by someone not a chain, a cafe that locals use, a cafe that serves a good honest traditional bacon and sausage sammich and they weren’t shy with the bacon or sausage either. The coffee was rather good too!

A further stop in the Bakery and a quick visit to Sainsbury’s (not just to get our car park ticket validated…. honest!) and we were heading off back to the caravan. We had to do a quick tidy up as we had VIP guests arriving at two o’clock.

For those people who frequent Caravan Talk, you will know of “Bailey Oklahoma” and his beloved wife “Petal“. Well Saturday afternoon they were due to arrive on an inspection visit. Sue and I had a quick tidy up… Sue did inside, while I raked and graded the gravel on the pitch. I’d washed and polished the car and caravan before we had left home so they just needed a quick going over with an oily rag. Just as we were finishing, Bailey Oklahoma and Petal….. otherwise known as Pete and Sue rounded the corner. We had a wonderful afternoon and it was lovely to meet them after spending so much time “talking” to Pete via the forum, in emails and on the phone it was like we had all known each other for at least half an hour.  No… joking, it was a fantastic afternoon, We both just wish they could have stayed longer.

Saturday night was, I’m afraid, spent with our feet up watching old re-runs of “Dad’s Army” and a programme about the two writers. The evening was also spent munching our way through the cheese, salami and olives we had bought from Bridgnorth Deli,  some bread from the Bakery on the high street and a very nice wine given to us by Pete and Sue… cheers “BO and Petal” good health!. At least the weather forecast for Sunday let us know it would not be raining when we broke camp.

Sunday morning was as forecast – dry and bright and after a couple of hours we had packed and sorted the van out and hitched up. Why is it these weekends seem so short?

P.S. As usual, I’ll leave you with a few photos… 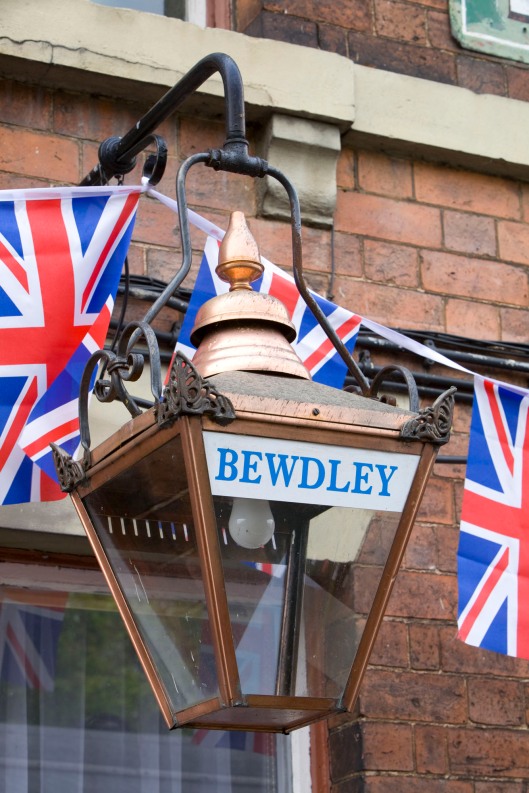 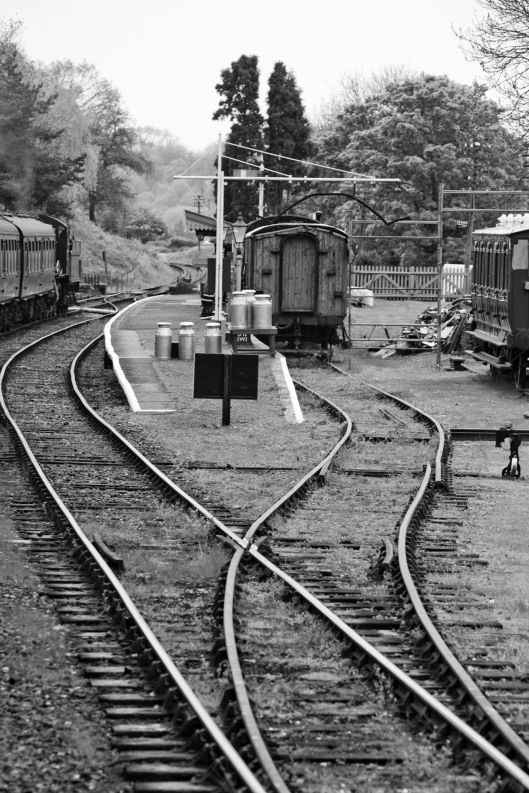 1 thought on “Stanmore Hall and The Severn Valley Railway”