We had to wait almost a month before our next trip. We had arranged with out friends, Pete & Julie (you might remember them from the ‘Hello World’ posts) that we would meet up somewhere. As they had traveled down to see us in Oxford, we decided to head over in their direction this time. I had always wanted to visit Beamish museum in the north east and this seemed like a good opportunity. I booked us in to the Camping & Caravanning Clubs site at Barnard Castle using the on line booking system. I sent an email to Pete with all the details… knowing that he can’t get internet… or a mobile phone signal in the valley where they live I gave him a ring on his land line to let him know so he could toggle off to the local library 20 miles away to check his email. The dates were fine with them. We would arrive on the Saturday and they would drive up on the Sunday to meet us. The route I’d planned was over the M62 and to pick up the A1M north, so there shouldn’t be any problems. Sue had done here usual job of loading up the plastic boxes ready for the trip. This was going to be for 5 days, our longest so far.

Since our trip up to the Lake District, we had added a bit more equipment to the van. We now had a Fiamma Caravanstore installed and a new Milenco Aluminium Double Step with rubber covered treads. We had also added a 12 volt Black & Decker vacuum to the collection of interior kit and the 240 volt Logik TV had been replaced with a 12 volt Avtex LED unit. We had also acquired a low wattage electric kettle and low wattage toaster… both from Sainsburys Value range. I had made a stacking leveling ramp out of some left over decking, and another 4 wooden pads for the stabilisers.

The tow up to Barnard Castle was fine, without any problems. The weather again was kind to us and we arrived after a tow of 131 miles from home. Within 30 minuets we were set up, this time with the awning deployed and our old plastic step as a side table. The beer and wine were chilled and being enjoyed. We seem to have slipped in to an easy routine in setting up, each with our own jobs to do. 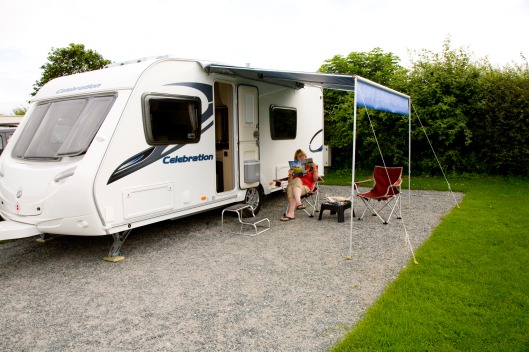 Set up and ready to relax!

Next to the reception, there was a notice board… with a big notice on it telling us that a fish & chip van visits every Saturday and Wednesday between 7:15 and 9:00PM. This seemed ideal, we would not have to think about cooking this evening. It was overcast, warmish, but the breeze was getting up. Thankfully we were sheltered by a thick hedge – we still had not sorted out any sort of wind break yet. After the polarisation incident in the Lakes, once we are settled and the beer and wine have been opened, I always turn my attention to the TV… getting the ariel aligned and the TV tuned in… next is internet access. Being a photographer and self employed I do rely on the internet… and thankfully I could get a signal and log on without too much trouble.

We watched as the Fish and Chip van arrived and decided to wander down and join the queue. By the time we arrived, there were already around 20 people waiting, it seemed that everyone had the same idea as us. The wind was getting up and the temperature had started to drop and I was stood there in my shorts. Key parts of my anatomy were taking exception to this. Sue took pity and told me to go back to the caravan. I got everything ready – mats, plates, cutlery, salt & pepper mills, vinegar… looked out the window….Sue hadn’t moved up the queue… put the TV on.. no, Sue hadn’t moved, watched the BBC news channel for a bit… Sue had moved up a bit… It was nearly an hour before she came back with supper rather than dinner. Someone at the front of the queue started their order with ‘ten lots of chips, eight fish, five sausages…  She was not a happy bunny. However, the caravan was toasty warm, the table set and after we had cleared away the plates, a coffee and brandy soon cheered up the mood. 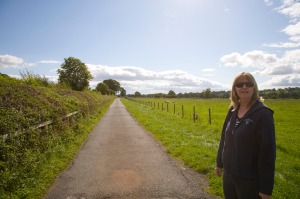 The following day, Sunday, we decided to walk into Barnard Castle, in reception there was a set of directions for a short cut telling us it was a 20 minute walk.

I think 20 minutes was a bit optimistic, it was more like 50 minutes and in parts was quite slippery going down towards the river. However it was pleasant enough and very warm. If you decide to walk into Barnard Castle via this route, we would recommend wearing reasonable waking shoes, not just light summer footwear. Be careful if it has 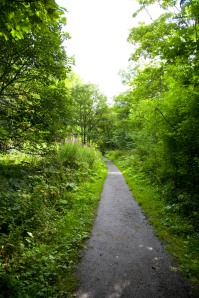 Once you are through the woods past the river, the track improves

rained recently too, as it is quite wet under the trees.

Barnard Castle was built in 1125 and the town has slowly grown up around it. There are a wide variety of shops and a very interesting butchers shop at the corner of Galgate and Market Place. We found a coffee shop to have morning coffee in while we waited for some of the shops to open. Sue made a list of things we needed and a quick check using  my iPhone, I’d located a Morrisons a short walk away. However, this would now mean we would need to get a taxi back to the campsite, which was quite simple as there were taxi’s parked outside Morrison’s and it was only £8 including a £1 tip. Apparently the taxi’s are used to running between Morrison’s and the camp site.

Pete and Julie were due to arrive today, we weren’t particularly bothered about missing them when we set out to walk into Barnard Castle, one thing we have come to accept with Pete and Julie is they never do anything early so it was a bit of a surprise when around two pm they pulled onto site.. we had just sat down with a sandwich and to recover from our walk into town when they arrived. That evening, we decided to go back into Barnard castle and try one of the restaurants – we asked in reception if they had any recommendations… they did, in fact a book full of them! We settled on the “Bengal Merchant” (7 The Bank, Barnard Castle – 01833 695 857) and we would be happy to go there again, the meal was fantastic with authentic dishes rather than the westernised versions some places serve. 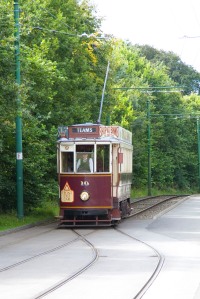 Monday 22nd: We had decided today would be the best day to go to Beamish Museum, the forecast was good, no rain, the wind had dropped and we thought Monday would be a quieter day. I wanted to set off early, to make the most of the day, but we know Pete & Julie don’t do early. To our surprise however, but the time we had cleared breakfast away, there was signs of life in their caravan. We were heading north up the A1 by 10:00am. If you have never been to Beamish Museum, I would highly recommend you put it on your list if things to do. The ticket you get, is actually a pass called “Beamish Unlimited” that is valid for 12 months, so for £32 both Sue and I can visit as many times as we want. As there is so much to see, one day cannot really cover it. One of the things we missed out on is the fish and chip shop… it’s a traditional coal fired range.

On the way back to the camp site, rather than select “fastest route” on the GPS which would have taken us back down the A1, I selected “shortest route” and we had a wonderful route across some of the most lovely scenery imaginable… I never knew the north east was so spectacular. We have penciled in another trip up there in 2012.

Our trip up to Barnard Castle was rapidly coming to a close. We waved goodbye to Pete and Julie on the Wednesday… I was going to say morning but it was more like early afternoon! The weather knew it was coming to a close too, the sky was darkening and the wind was getting up. Wednesday night the rain arrived along with the wind and rattled the Fiamma awning noisily against the caravan. Fortunately without damage. Thursday morning we had breakfast, stowed everything away and broke camp, we were on the road south by 10:00 am.

PS I’ll leave you with a few pictures of Beamish and Barnard Castle…. 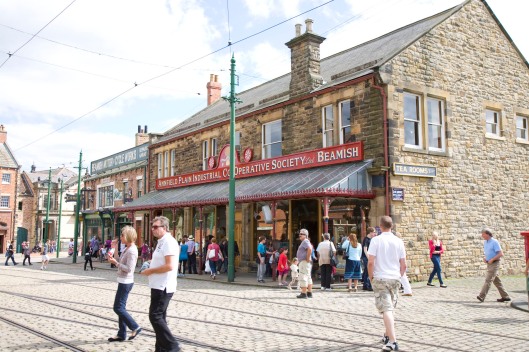 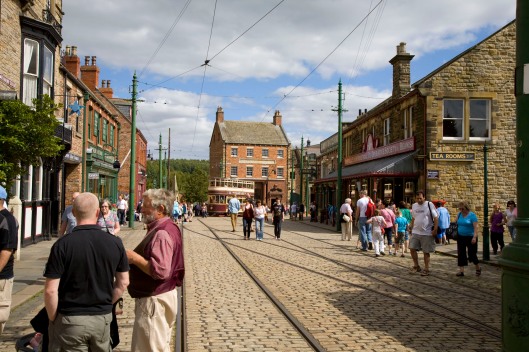 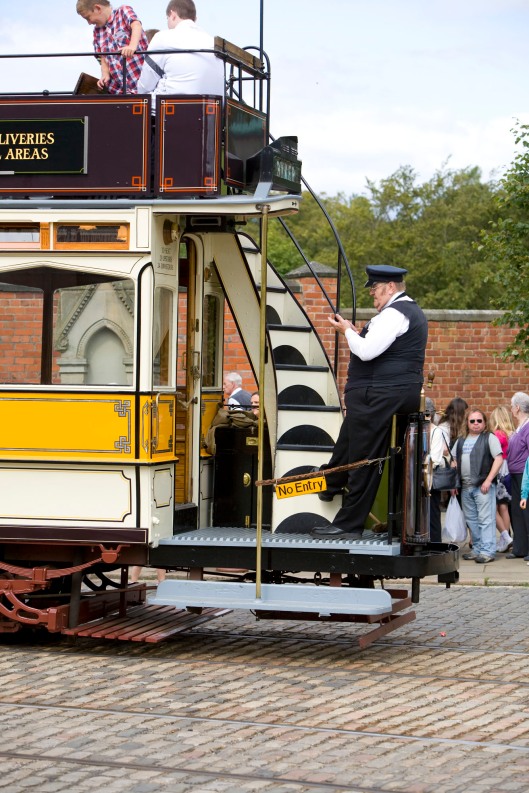 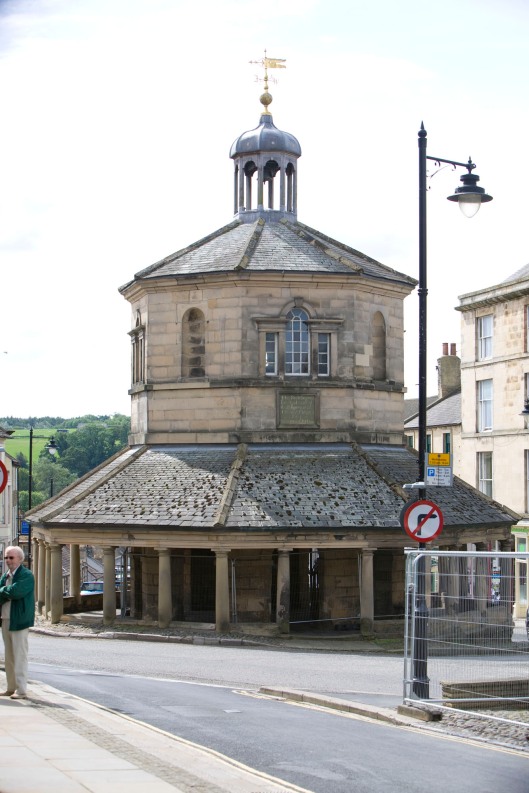 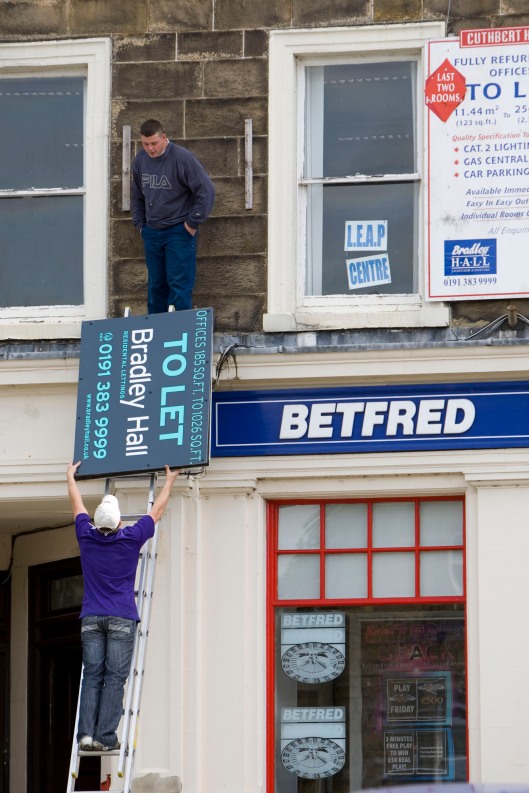 Look at the sign in the office window.... I hope he doesn't ! 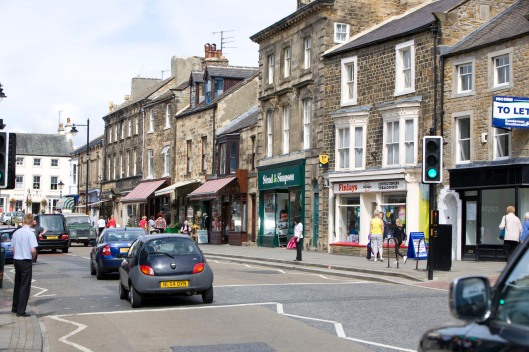 2 thoughts on “5 days at Barnard Castle”